We have published another issue of “Safety & Defense.” On this occasion, on behalf of the Editorial Board, I would like to thank all the authors for their very interesting papers and the reviewers for the effort put into evaluating the submitted articles. As always, we would like to invite everyone interested in issues related to safety and defense to send their work to our journal. I would also like to emphasize that the efforts devoted so far to the qualitative development of the journal have been recognized and appreciated. In the recent 2021 update of the Polish Ministry of Education and Science journal list, “Safety & Defense” was awarded a high score of 70 points.

Bearing in mind the prospect of further development, we will be grateful for any support for our journal and for sharing your personal opinions, observations, or comments.

In this issue of "Safety & Defense," there are ten peer-reviewed papers that constitute an interesting review of theoretical and empirical research conducted in various areas of military and non-military security.

The opening paper discusses the issues recognized as crucial for information security in the armed forces. In this regard, the main findings indicate that the information security system of the armed forces will play an increasingly important role in shaping the state's security. For this reason, among many others, it should be treated as a priority.

The current issue also includes very interesting considerations describing the methods, techniques, and tools used to manipulate public opinion, including disseminating disinformation, which is seen as one of the severe threats to national security. The paper describes how propaganda can be spread using social media, such as Twitter, Facebook, and other websites.

The next paper focuses on the issues related to identifying trends in the development of Russian precision guidance weapons. The research established that the Russian way of thinking about the strategic use of precision weapons evolved alongside the development of technology, economic opportunities, and changes in Russia's foreign policy. According to the author, the new generation of precision and hypersonic weapon systems will be decisive regarding the outcome of future armed conflicts.

Equally interesting are the results of the research, the scope of which includes the assessment of cooperation between Great Britain and Kenya in the area of defense and security in the second decade of the 21st century. In addition to the theoretical aspects, the article focuses on the conditions of cooperation considering defense and security, restoring peace in Somalia, and strengthening the level of security in Kenya and East Africa.

The next paper focuses on strategic research and its role and importance in shaping the state's security and defense policy. The article emphasizes the unique mission of strategic studies institutes, which are the fundamental entities providing strategic expertise at the request of state authorities. The author, as an example, describes the activities of the Institut de Recherche Stratégique de l'École Militaire – IRSEM. The paper concludes with the thesis that the Institute’s activities play a significant role in shaping France's security and defense policy.

The concept of using a swarm of drones in future military operations is the subject of the following article. In the paper, it was emphasized that the use of drones instead of manned planes should be taken into account in the near future. It primarily refers to deep military operations where there is a high risk of losing manned aircraft. Based on the presented research results, it can be concluded that drone swarms have much greater combat capabilities compared to a single use of unmanned aerial vehicles.

Threats stemming from the activities of individual terrorists known as the so-called “lone wolves" are the subject of the following paper. The author focuses on several aspects of how lone wolves operate, including tactics and the current and future measures they employ. The final part of the paper is dedicated to the prognosis of the development of this phenomenon in the future.

The following article deals with the issues related to the organization of air defense. However, the paper's primary focus is on Russia's actions to secure the 2014 Sochi Winter Olympics. The research took into account the threats resulting from the geographical location of Sochi and the political situation, as well as the increasing national liberation trends and acts of terror during this period in the region. The research confirmed that the identified threats had a significant impact on the organization of the security system, its costs, and the scale of the forces and military resources used, including air defense systems.

The last paper presented in the current issue of Safety & Defense closes the article, focuses on the political aspects of the development of anti-satellite weapons. The article highlights the space rivalry among the United States and Russia, and China. On the one hand, the United States is struggling to maintain its dominant position as a space power; on the other, its most dangerous opponents are trying to develop technologies that will reduce the American advantage. There is no doubt that there will be numerous objects in outer space designed to destroy enemy satellites in orbit in the near future.

We hope you enjoy this latest issue. 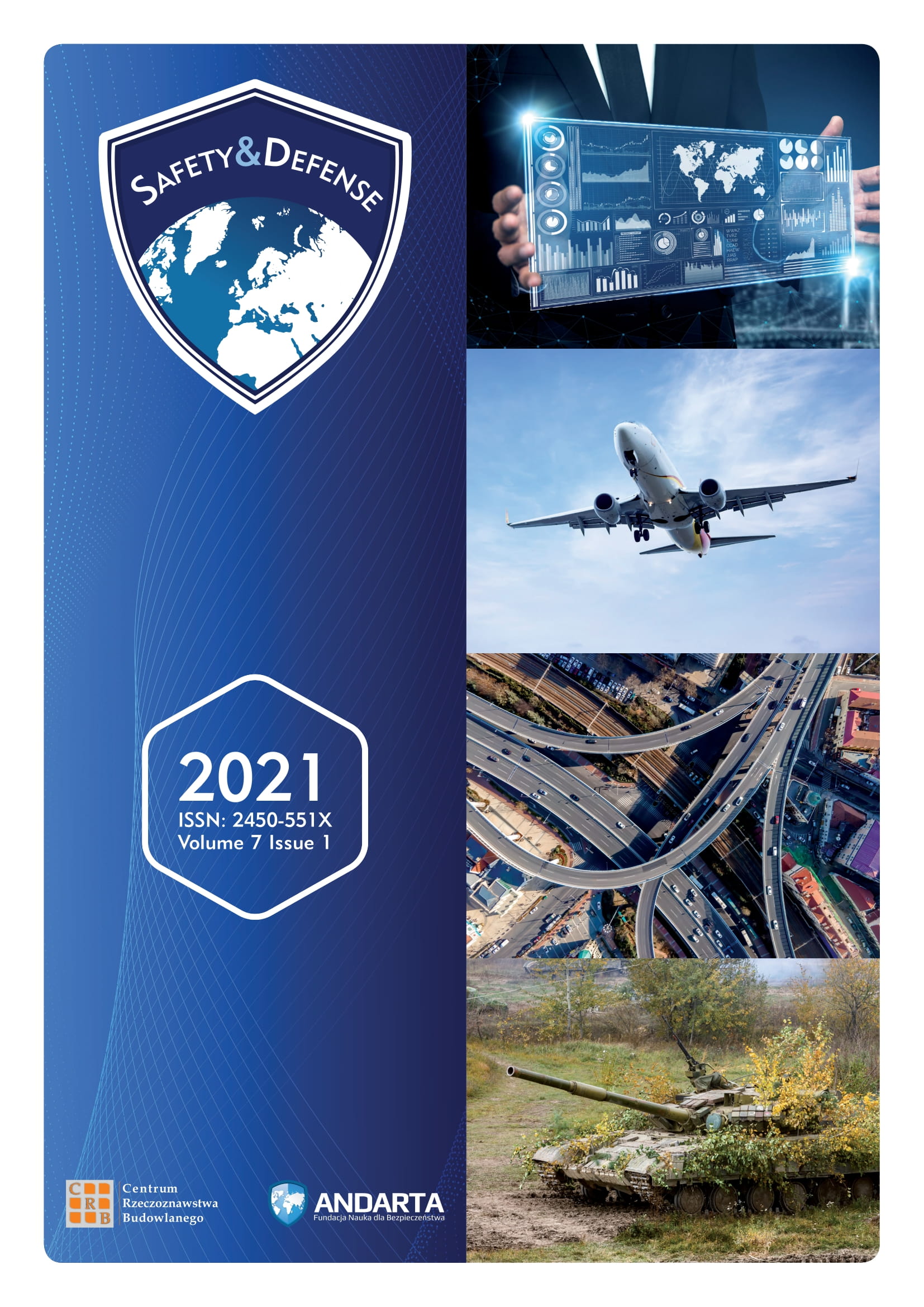