With real pleasure, we present you with a new issue of our scientific and technical journal Safety & Defense. Thereby we are opening already the fourth year of our publishing activity. Having brought out three issues, we may now attempt a synthetic summary of that period. Undoubtedly, it was a time characterized by an arduous search for ultimate form and layout for the journal, as well as establishing its key thematic areas, lists of authors and reviewers. After completion of that stage, we hope that Safety & Defense will be perceived as an academic periodical, where both, already well-established researchers and young scientists still at the beginning of their academic careers will present results of their theoretical and empirical research projects on various issues pertinent to national security and defense. It is well needed and justified because already in the second half of the 20th-century security began to be perceived not merely through the traditional political-military prism. A need for changing the approach towards security was recognized and addressed. On that account, the notion of security was redefined to include the proper identification of the current and future threats.
In that matter, nowadays, one can formulate a broad catalog of different kinds of security by identifying a number of criteria used for its operationalization. For example, with the use of the subjective criterion, one is able to distinguish between national and international security. Adopting that criterium makes it possible to differentiate among the following types of security: political, military, economic (including raw materials security, energy, food, social, financial, technological security, etc.), cultural, human, ecological, ideological security. In contrast, employing the spatial criterion was the foundation for distinguishing other types of security, namely, local, sub-regional, regional, trans-regional, and global security. Therefore, it can be concluded that when making the endeavor to define the essence of security one should place it in a value system and recognize the nature of threats in the short and long term. It seems inevitable for rationalization of security management in individual areas of the state’s operations.
In the current issue of Safety & Defense, we present eight peer-reviewed papers that attest to the broad and multifaceted approach to the problems of security. I would like also to emphasize that we wish to grow and develop further and that is why we systematically broaden the range of themes for our journal. We cordially invite you to read through the current issue. 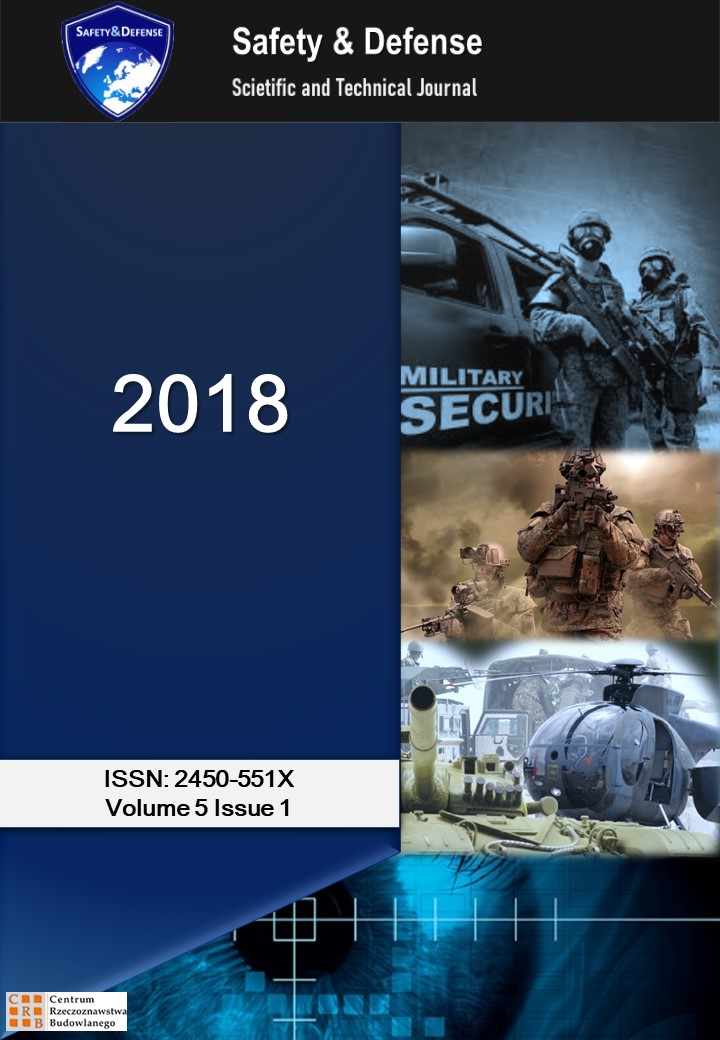