Foreword of the Editor-in-Chief

We would like to present you with the second edition of our scientific and technical journal “Safety & Defense”. We would also like to take this opportunity to point out that it is our constant desire to expand our group of readers, authors and reviewers. Thanks to you, Safety & Defense is gaining an increasingly important position among academic journals in which it is possible to publish the latest research findings in the field of broadly understood security. In addition, thanks to our readers, this journal received 20 points in the Ministry of Science and Higher Education’s assessment. This motivates us to work even harder, which in effect will allow us to a greater extent contribute to the dynamic development of Safety & Defense in this calendar year.

In this edition of Safety & Defense, we present ten peer-reviewed articles that contain interesting research results concentrating on various areas of security. The conclusions and generalizations made by the authors in particular articles often indicate new aspects of security, and the series of theses that they have adopted can constitute a basis for implementing changes that should be made in security systems. This state of affairs should not surprise anyone who is well aware of the broad context of security including its complexity and interdisciplinarity. In this field, recent academic research findings suggest the need for abandoning old schemes and stereotypes that have often lost their validity as a result of the changes that have occurred in the security environment. In this respect, it should be noted that it is difficult to implement new concepts in the place of already proven solutions.  This difficulty is also the result of the fact that, in relation to innovative solutions, in order to gain widespread acceptance and approval on the part of the academic community, time for substantial discussion and polemics is necessary. It is my hope that Safety & Defense will become a platform for discussion, in which the articles published will be given reliable assessments and academic verification, which will contribute to the dynamic development of  Security Studies in the near future.

In this edition, we also present a variety of topics related to the field of security. One of them is human activity in outer space analyzed in terms of threats to national security. Undoubtedly, one of the main factors contributing to the rise of new threats are the concepts of militarizing outer space by means of creating very modern anti-satellite systems and hypersonic weapons. Moreover, ensuring the cybersecurity of satellite and communication systems operating in outer space is also essential. Technical activities must find their legitimacy in international law. This is also a key issue in space law, because there are still several contradictions and misunderstandings found in it.

The reflections on the need for standardizing the theoretical aspects of logistics with regards to the Air Force of the Armed Forces of Ukraine, which in accordance with the postulates found in the article, should take into consideration the current armament and organizational and task spectrum of the Air Force logistics, is no less interesting. This should be grounded in general laws and established coherent patterns (standards), global trends, principles, forms and methods of its realization, which have worked well in the armed forces of other states.

Another article presents considerations concentrated on the area of military leadership with a particular emphasis placed on related activities and undertakings in the context of effective tools for shaping interpersonal relations in the army.    In this matter, there is no doubt that the essence of these activities is the appropriate and thoughtful selection and preparation of leaders for the needs of the armed forces. However, this requires identifying changes in the scope of leadership, which have occurred in the armed forces of several NATO member states.

The next article found in this edition of Safety & Defense focuses on the historical aspects of the development of nuclear weapons seen by many decision makers as a guarantor of safety and maintaining strategic balance. This causes that despite the several agreements signed banning the proliferation of nuclear weapons, many of the states that possess them in their nuclear arsenals are still conducting costly modernization and development programs. Such activities should urge the international community to reflect on the global threat that nuclear weapons could generate in a hypothetical armed conflict between states that have such weapons in their possession.

The next article makes reference to the technical aspects of the development of weapons using electromagnetic energy while indicating its advantages and disadvantages. A major part of these reflections consists of presenting a new design for the electromagnetic system which has been visualized in 3D with the use of a Maxwell interactive software package.

The next article published addresses the need for educating society about issues related to security.  The topics presented undoubtedly play an essential role in every state that intends to build efficient security systems.

With reference to the subsequent reflections, it should be emphasized that they present research findings that assisted in determining the degree of reliability of the unmanned aerial vehicles used by the Armed Forces of the Republic of Poland. In this respect, we can familiarize ourselves with the results of empirical tests which indicate the various factors and elements, which to a great extent have a direct impact on decreasing the reliability of the UAVs used in the army.

The contents of the next article are dominated by the issue of military law in the legal system of the Republic of Poland, and includes a comparison of Polish provisions with the provisions in force in selected NATO member states. The research activities carried out constitute a strong foundation for making efforts to substantively systematize the provisions of military law. In this respect, it seems important to note that given the key role of the armed forces in times of peace, crisis and war, a set of legal norms determining the possibility of using the armed forces is one of the key elements that impact the efficiency of the entire national security system.

This edition of Safety & Defense concludes with a very interesting reflection, in which attention is drawn to the need for developing a security system for Polish soldiers including adopting rational procedures, whose implementation will allow their protection against dangerous tropical diseases.  This is particularly important with regards to soldiers participating in expeditionary operations conducted abroad in difficult climatic conditions, which differ from European conditions in many ways. For this reason, biosecurity is also an important question along with medical, sanitary, hygienic and anti-epidemic safety.

We cordially invite you to read through the current issue. 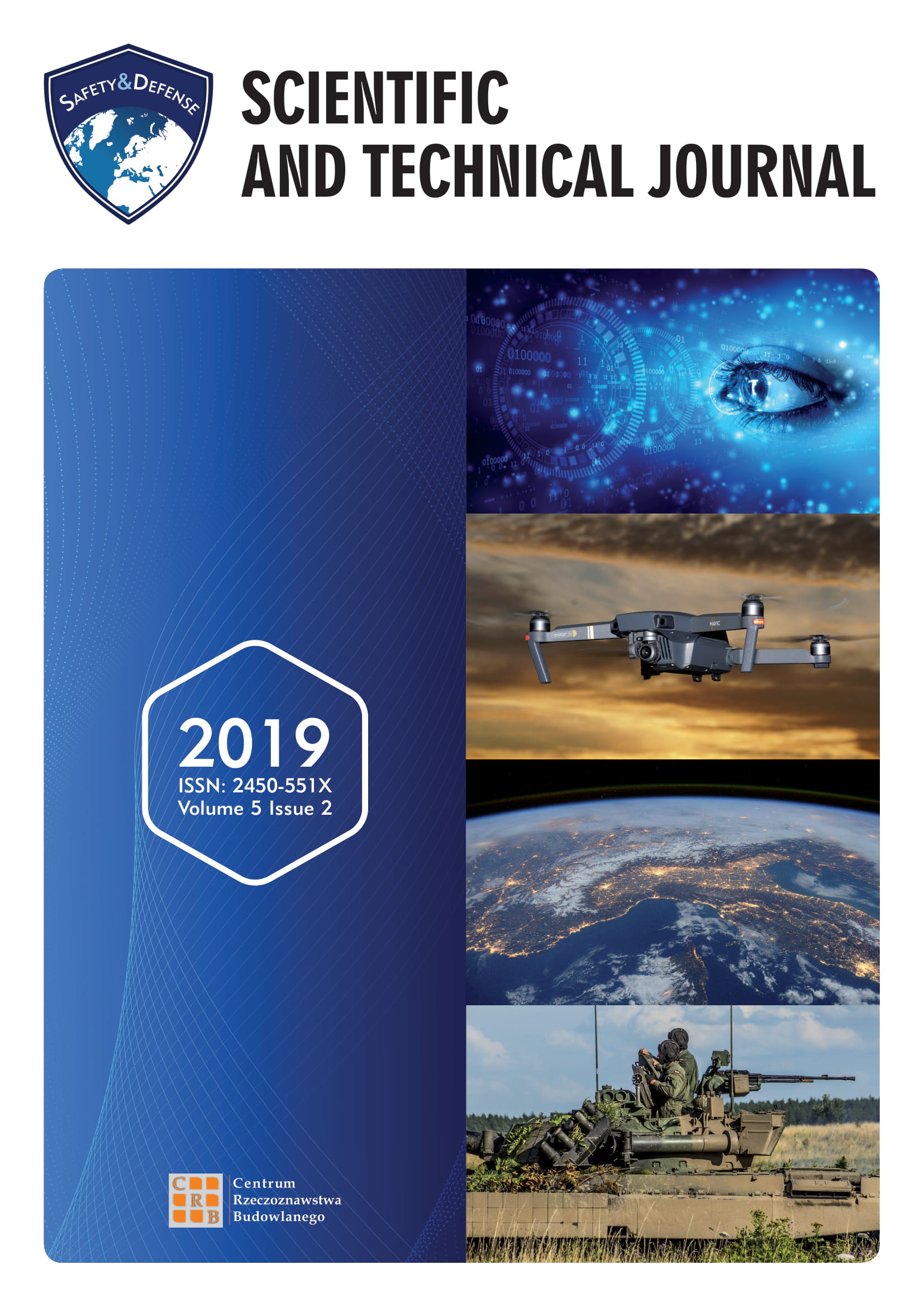